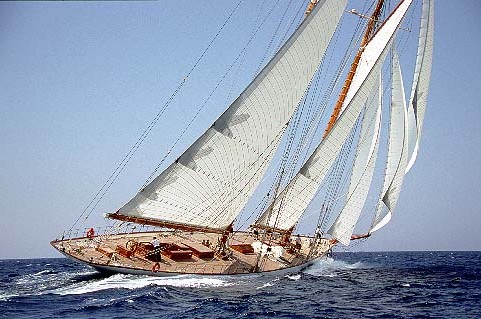 "Form follows function, which is why we build our brackets the way we do."

The intended function of a pole banner bracket is to hold the banner in place and maintain its integrity for as long as possible. This is best accomplished if the banner is held relatively flat and not permitted to move. If allowed to change its shape disproportionately when the wind blows, a banner has the potential to be a sail or airfoil. Sails work best not when wind flows directly against one surface, but when it flows across the sail from one edge to the other, faster across one side than the other, creating lift. Lift is what drives a sailboat along at speeds faster than that of the wind. Lift is also what destroys banners on arms that flex. (See "Bernoulli's Principle")

To counter wind load effects on pole banners, many bracket manufacturers have settled on combinations of aluminum bases, band straps and fiberglass poles, hoping to extend banner life by allowing the fiberglass arms to flex under wind pressure. The claim is usually that if the banner flexes to reduce its profile to the wind, it will last longer. Such claims unscientifically avoid accounting for the aerodynamic properties of a piece of fabric which is stretched between two occasionally parallel arms.

When wind pressure forces the ends of flexible arms to bend toward each other, the outer edge of the banner curves, forming an airfoil. Compared to remaining flat, its airfoil shape exerts more bending force on the brackets and more tearing force on the pocket seams. As the arms flex, the bond between the base of the fiberglass arm and its socket is strained, and can erode and loosen over time. The continuously flexing fiberglass arm can eventually loses its ability to return to straight. The stress on the banner pocket seams is distributed non-uniformly as the banner follows the curve of the bent arm. Eventually, the weakest stitch can give way under its unfair share of wind pressure. The banner may even try to slip off the arm unless tied to the pole with wire or other unsightly hardware. The combination of ripped seams and crooked arms results in the unsightly banner displays that can be seen drooping off poles everywhere. Our business thrives on replacing this type of product.

Installed or adjusted with one small wrench, our bracket arms remain parallel to each other, and do not yield to the wind or allow the banner to become an airfoil. Our brackets extend banner life by distributing wind load uniformly to all points in the system. In this way, each stitch and bolt shares the load equally and is less likely to fail. Banners typically remain nice and flat, look nicer and last longer when mounted on our brackets.

Our pole banner brackets are built to last. Many of our brackets are now beyond their twenty fifth year of continuous use. While our repeat and referral business has grown steadily, we have been fortunate to have not yet had a single serious complaint or a faulty product returned. The endurance of our product and the customer loyalty that we enjoy leads us to believe that our brackets are the easiest to install, best looking and longest lasting brackets available anywhere, making them the bracket value to beat. 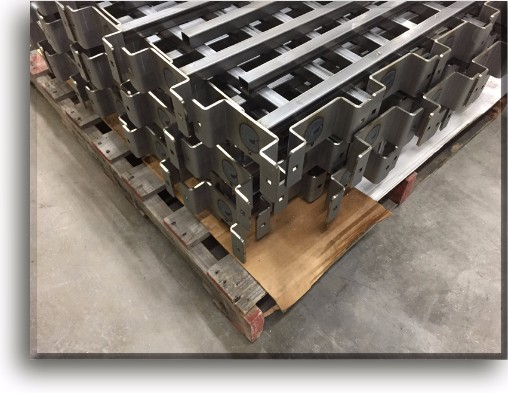 A skid of our popular 4" square model pauses briefly on its way to powder coating after welding. 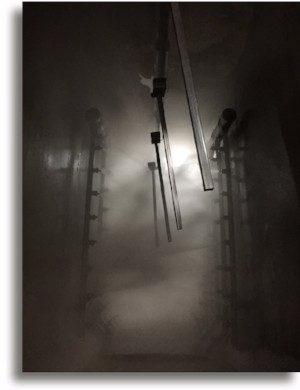 Banner brackets being prepared for powder

Our banner brackets pass through a hot spray of cleansing solution. 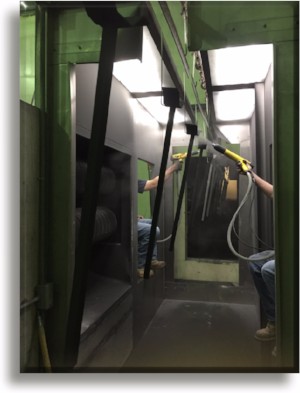 Our banner brackets are finished with electrostatically charged powder coat which completely coats the steel.